What Could Cause The Failure Of Basement Sump Pumps?

[vc_row][vc_column][vc_column_text]Basement sump pumps are great at doing their job: draining water out of the basement thus keeping it dry. It all works out great until the sump pump fails. This can be the worst inconvenience for nay homeowner. And the worse thing is, sump pump failure is not always noticeable until you find the basement wet. Before the next storm, you should read up on this to find out why sump pumps fail to function.
Incorrect installation

A perfectly working sump pump is not good enough if it was installed incorrectly. For instance, if not linked to a drainage system, the sump pump will not function will not be as functional as its supposed to. DIY installations are also major contributors of sump pump failures. Other things that could go wrong during an initial installation include:

Failure to install a check valve on the drainage. If this happens, a backflow causes the pump impellers rotate backwards, thus unscrewing the motor shaft. This will make the system sound like its running, but in reality wont be functional.

A clog in the system

Clogs in sump pump systems sometimes happen. Lack of a lid on the sump pump system would mean that dirt and debris easily collect in the system, consequently clogging it. Discharge lines can also become clogged, preventing flow of water. Either way, clogging will lead to sump pump failure. If not checked, your basement might just flood soon.

This is one of the most common causes of sump pump failure. Stuck switches are caused by a shift in pump shifts. This relatively causes the float to lodge against the side of the pump making it ineffective. Debris can also lead to a stuck switch, rendering the whole system dysfunctional.

Power failures often occur during bad storms. The combination is a fatal one as it affects the functionality of a sump pump and not in a good way. Bad storms lead to lead to excess water and flooding in basements and if there’s no power, sump pumps cannot dry basements effectively. Thankfully, this can be avoided by having a backup generator installed in your home. This guarantees power supply at all times.

While this is not common, it’s important to check for defects after sump pump installation in Toronto. This will serve to ensure whether or not the system is in a good working condition to start with.[/vc_column_text][/vc_column][/vc_row] 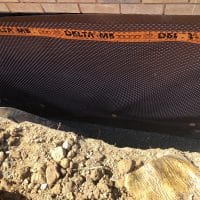